What is Electrical Impedance Spectroscopy?

A method of measuring the electrical impedance of a substance as a function of the frequency of an applied electrical current. Impedance is a measure of the resistance to the flow of an alternating current (AC).

How can Electrical Impedance Spectroscopy be applied to medical applications?

Biological tissues exhibit electrical impedance which varies with frequency.Tissues contain components with both resistive and capacitive (storage of charge) properties resulting in a complex electrical impedance.The magnitude of impedance and the dependence of impedance on frequency are both functions of the tissue composition. Measuring the impedance of cells across a range of frequencies will generate a spectrum that is characteristic of the biological tissue.Changes in the impedance spectrum can therefore be directly related to changes in the underlying nature of the tissue.

How is Electrical Impedance Spectroscopy used to detect precancerous lesions in the cervix?

CIN (cervical intraepithelial neoplasia) is associated with losses in the layer of flattened epithelial cells close to the surface of the cervix.Furthermore, the nuclear: cytoplasmic ratio and the extra-cellular space both increase, while the usual layered structure of cervical epithelium breaks down (see Fig. 1)

Because of these cytological changes, current will pass more easily across the tissue, leading to a reduction in the impedance compared with that for cells from a normal cervix. As a result, the impedance spectra generated will alter markedly as the cells transform into CIN, enabling healthy tissue to be differentiated from abnormal and precancerous lesions. (Fig. 2) 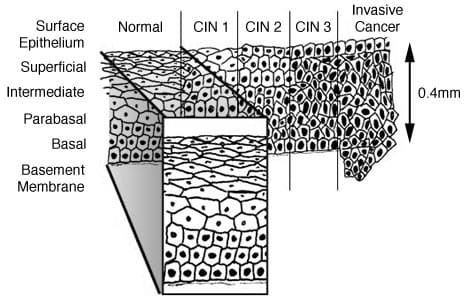 Fig.1: Progression of epithelium from normal through CIN to invasive cervical cancer

The figure above shows how the regular arrangement of cells in normal cervical epithelium becomes increasingly disorganised as the tissue changes to finally become an invasive cancer.  These changes start in the lower, basal cell layers in the early stages of disease (CIN 1) becoming more extensive until they encompass the entire thickness of the epithelium by the late stages (CIN 3).  EIS is able to detect the early stages of disease even though they take place beneath the surface of the cervix. 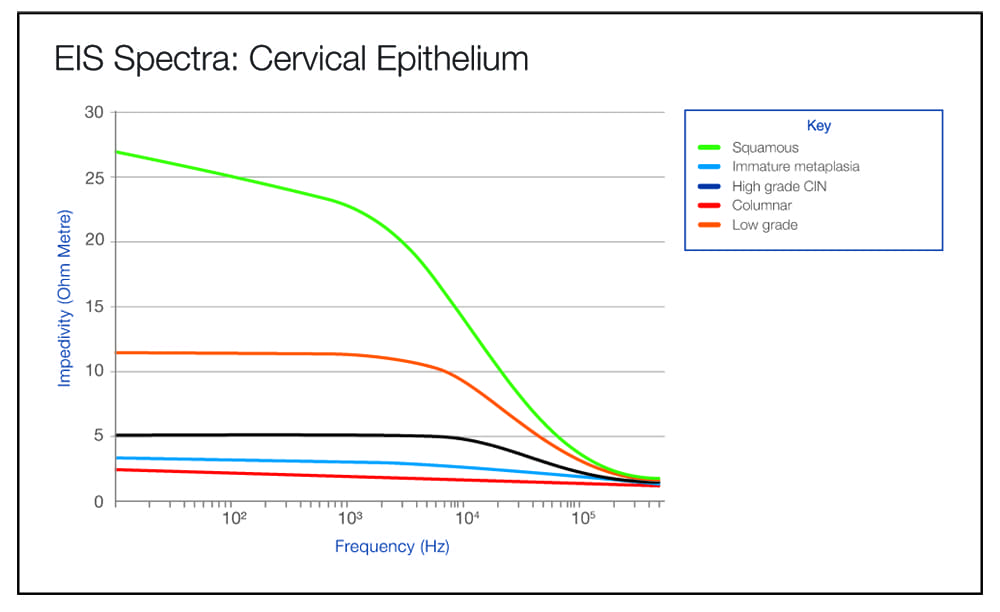