ZedScan at The European Federation of Colposcopy 5th Satellite Meeting

The EFC 5th Satellite Meeting and Training the Trainers event was an opportunity for trainers in colposcopy to attend a two day course focussed on achieving European Federation of Colposcopy (EFC) quality standards and certification in colposcopy. The course was opened by Dr Charles Redman, the President of the Federation and led by Key Opinion Leaders for colposcopy from UK, France and Finland including Dr Pekka Nieminen, EFC President Elect. This was followed, on the second day, by the Satellite Meeting where topics were centered around evidence-based performance standards and challenges facing colposcopy in Eastern Europe and Central Asia.

The event was well attended with 25 countries represented over the two days. On the second day, there was an opportunity for delegates to visit the Zilico stand and speak to the team about ZedScan as an adjunct to colposcopy. 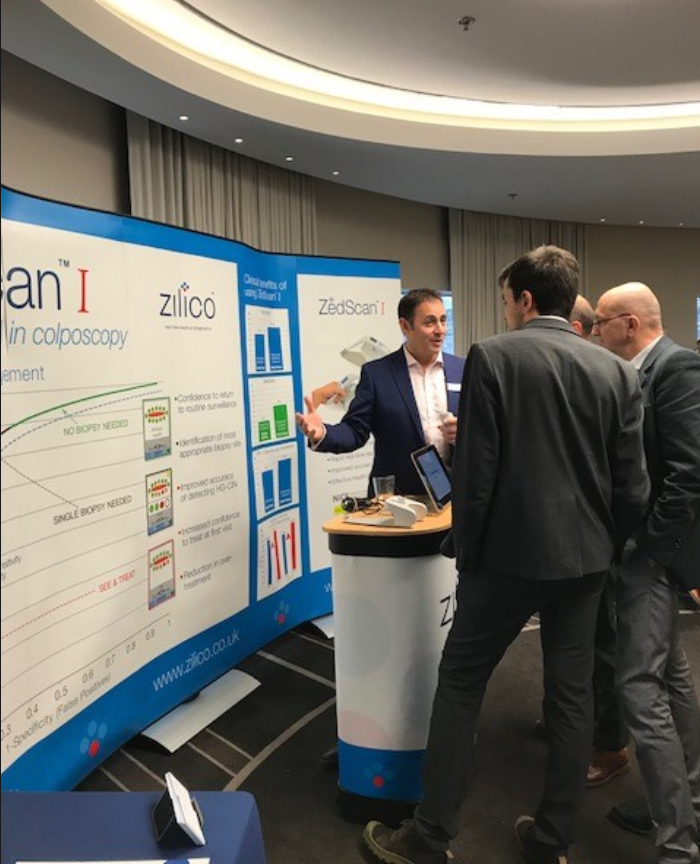 ZedScan™, is a real time diagnostic system that is used alongside standard colposcopy to provide an objective assessment of the cervical epithelial tissue.  ZedScan™ uses electrical impedance spectroscopy (EIS) to detect high-grade cell changes, which may develop into cervical cancer.